Whatever idea you had about entertainment so far, forget it. Volcano Bay is the third theme park owned by Universal and is undoubtedly the best we could ask for. Volcano Bay opened its gates on May 25th and has face an unexpected number of visitors. It is a theme park with the water as the basic element, many water slides and of course, too many roller coasters. As stated on the internet site of the park, there are 51 attractions provided for the visitor’s fun.

Beyond the fun, the Volcano Bay also offers relaxation. There are hotels in the park that provide budget rooms as well as expensive suites. Perhaps, it seems strange to you that a park with roller coasters and water slides, hosts 6 different hotels. That’s what the directors of Universal thought and decided to further expand the park area by adding live music (jazz, rock, regge, etc.), cinemas, restaurants with menus from the most famous cuisines in the world, mini golf courses and theaters.

Let’s take a look at the top characteristics of the park, that rank it among the best in the world.

Harry Potter And The Escape From Gringotts

The train that any Harry Potter fan will love. You will surely remember that impressive moment in the last film of this masterpiece. The dragon breaks the roof of the Gringotts bank and disappears with the three heroes, in the same way that your smile will disappear as you sink into the darkness of the bank. Top choice. 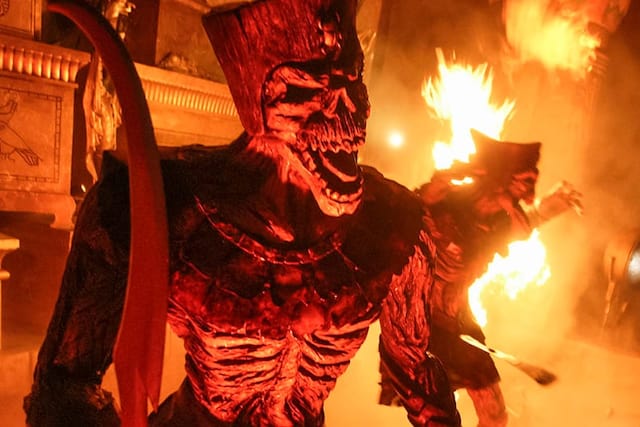 They may try to convince you that it is not scary, but that will be the biggest lie you will ever hear. It is a very fast train that for every moment of light that gives you, immerses you in the dark abyss for twice the time. Try it.

This picturesque cruise begins quite innocently. You are on your boat, watching a baby stegosaurus and his mother, sharing a tender moment.

Suddenly you are beaten and helpless in Jurassic Park’s ‘forbidden area’. Here is where the other creatures are living. A giant tyrannosaurus is in front of you and gives you to understand that there is no return.

The train offers you multiple emotions, including a drop of 25 meters.

Finally, one could not missing the most impressive element of the park, which also gives its name to this impressive giant that has been ornamented the city of Orlando.

Through the Honorary Wature you can experience the power of Krakatau. The four-person canoe glides over the fogs and into the dark turns of the volcano before it dives you into the ground through an amazing waterfall.